In 2007 the Bundoora Australians murals were designed to create an art trail with a point of difference in Bundoora Square.  The artwork was developed by the Bundoora Traders Association, City of Whittlesea, and artist Peter van Breugel.  Each day they give much joy to the customers and businesses of our centre.

There were two stages for these murals. The first was at the entrance opposite Coles and the second was in Dennison Mall.

The first mural depicts the early historic vision of what Bundoora looked like. It also used the Cockatoo and Kookaburra, local bird life, to create an eye-catching image to place a smile on people’s faces as they walk by.  City of Whittlesea Council has added this popular mural to their art trail portfolio.

The second mural in Dennison Mall was developed as a fun mural that could still have the signs of businesses on the wall in a fun way. Again, the art was created using the landscape of the area and local animals. 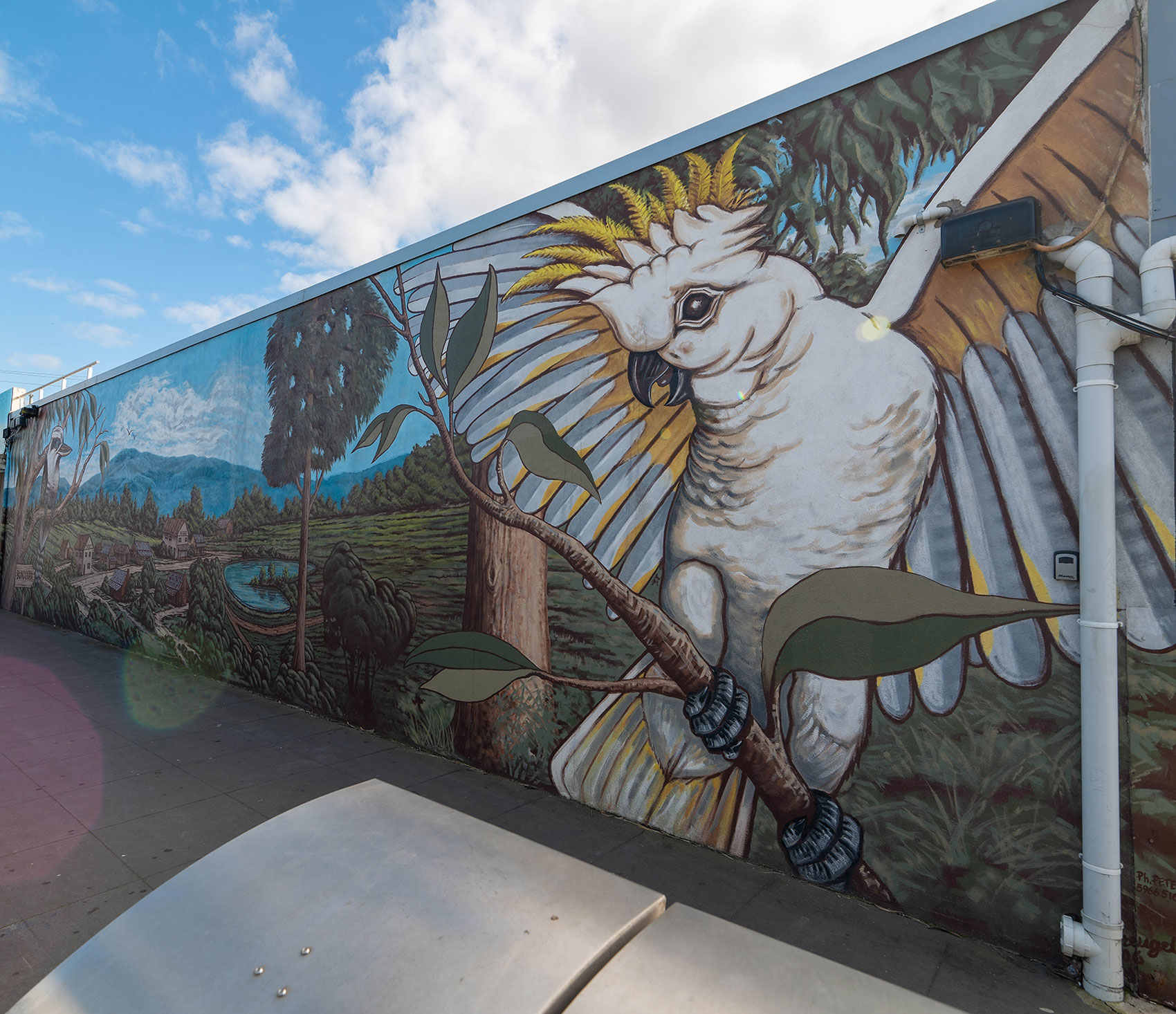 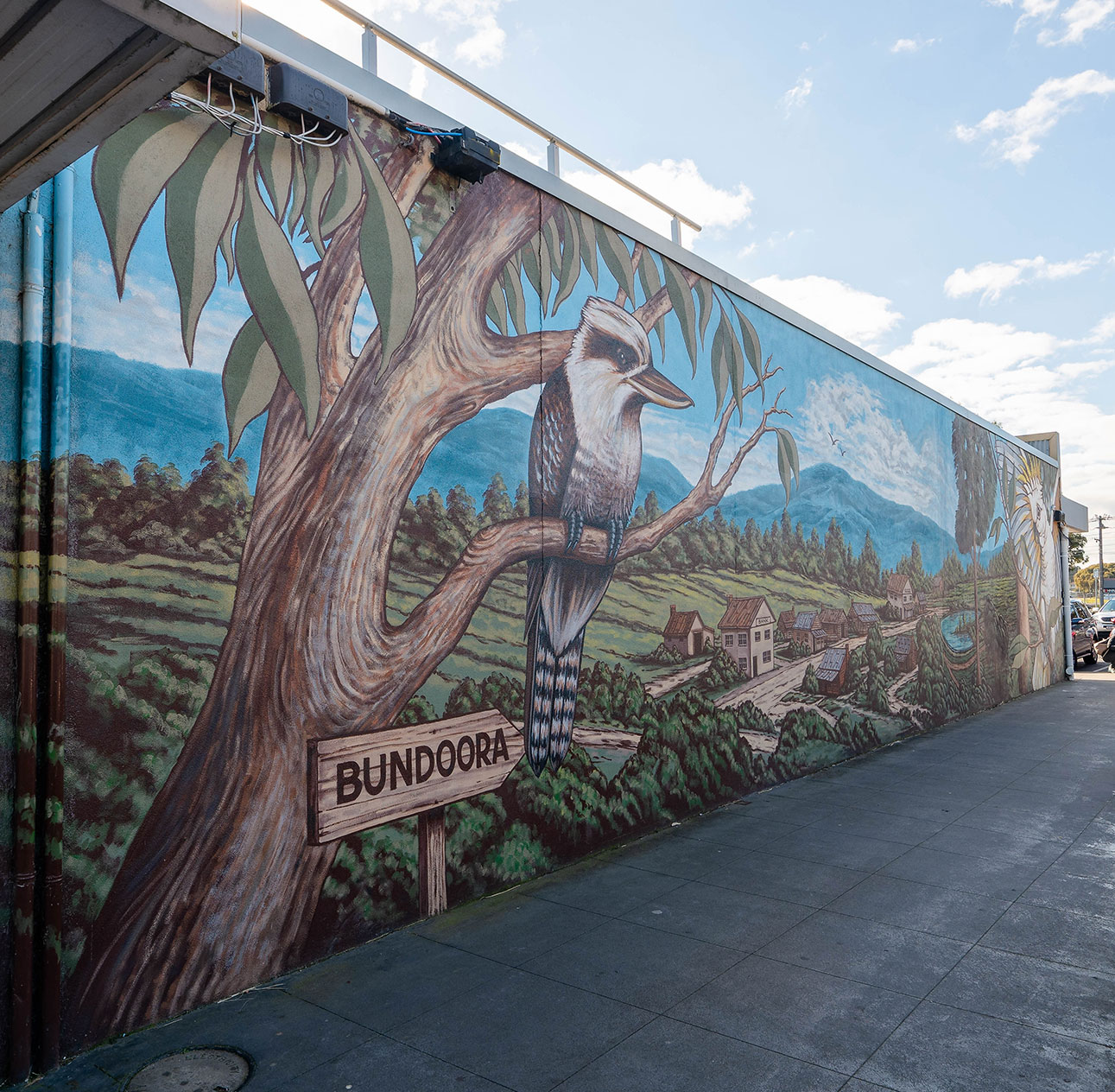 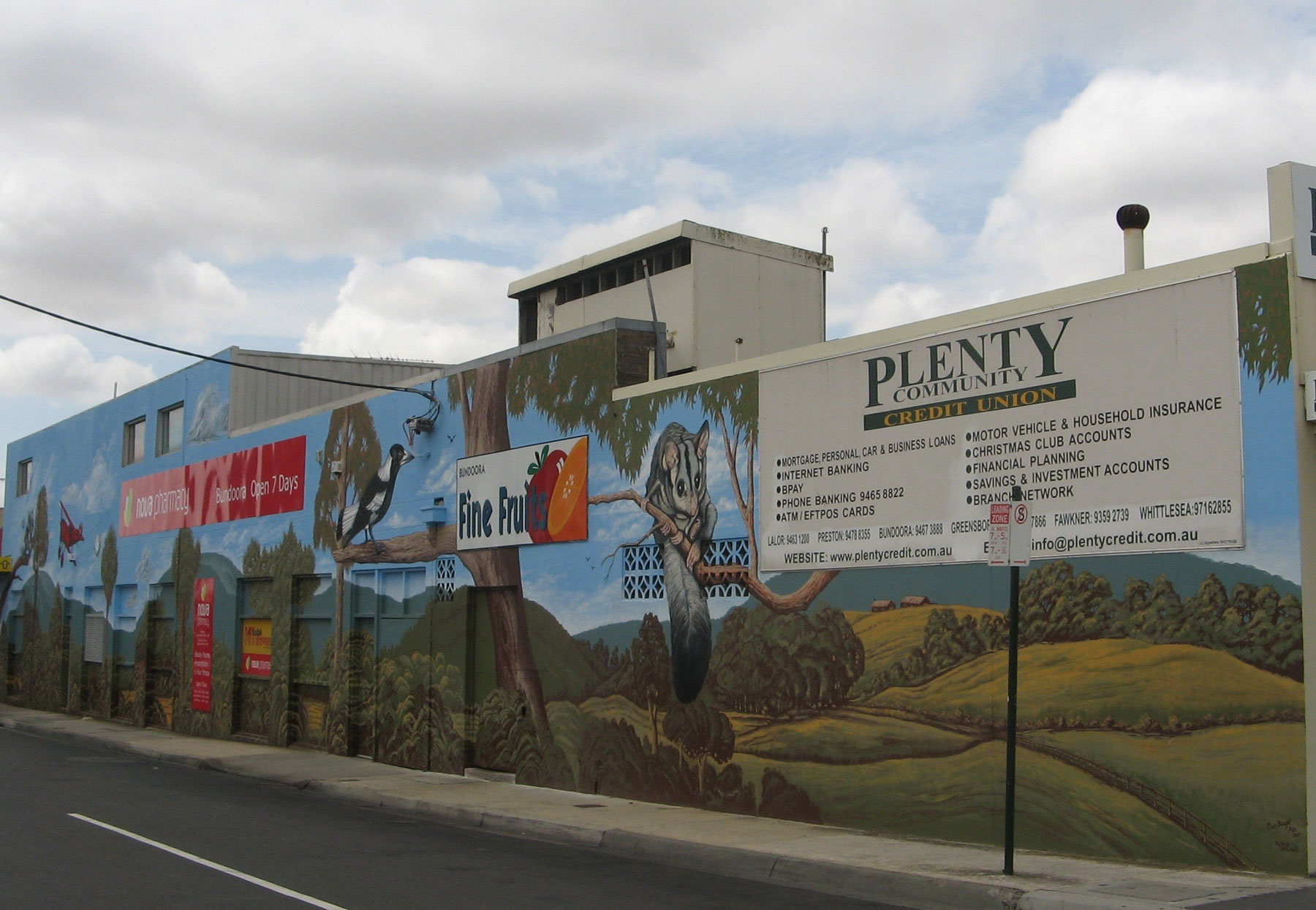